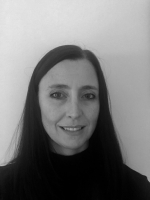 Workshop 4 – Pharmacists - to prescribe or not to prescribe, that is the question… (25th Anniversary EAHP Congress - Hospital Pharmacy 5.0 - the future of patient care)

Mrs Joanne Bateman is Deputy Clinical Services Manager and Lead Cardiology Pharmacist at the Countess of Chester Hospital. Since 2012 she has worked as an independent prescribing practitioner in cardiology. Mrs Bateman is Chair of the Pharmacist Forum for the Cardiology and Stroke North West Strategic Clinical Network (SCN) and has been involved in developing several regional guidelines. She has presented at national pharmacy conferences including UKCPA autumn symposia (2012, 2013), HPE Live (2014, 2017) and the annual BSH HF conference in 2018. She presented a poster at the 2015 ESC HF conference in Seville. Joanne Bateman has delivered teaching sessions for CPPE, SCN Northwest and guest lectured at Chester University and LJMU. She is a Committee Member of the UKCPA Heart Failure group and was involved in the Advisory Group for the NCEPOD Acute Heart Failure study and two NICE scoping consultations.

Mrs Joanne Bateman graduated from the University of Manchester in 2001, and qualified as a pharmacist in 2002 at Trafford General Hospital. She moved to the Countess of Chester Hospital and completed the PgDip in Clinical Pharmacy for Secondary and Tertiary Care in 2004. In 2012 she completed the Non-Medical Prescribing course and Advanced Communications course, clinical examination skills course in 2013 and an ECG course in 2014. In 2015 she completed a Clinical diploma for Specialists with an interest in cardiology, obtaining a distinction. Mrs Bateman completed the CPPE Chief Pharmacist Development programme in 2019.

Mrs Joanne Bateman is currently the Principal Investigator for the Heart Failure ISCOMAT trial. She has published an article in Clinical Pharmacist on her role in heart failure in 2013 and was a co-author for: “A competency framework for clinical pharmacists and heart failure” in the International Journal of Pharmacy Practice in 2018. Joanne Bateman has peer-reviewed articles for various clinical journals.

Conflict of interest: Mrs Joanne Bateman is on the advisory boards of Vifor. She was funded by Vifor to attend the HCP in Athens in 2019.