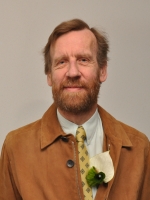 Mr. Dooms (Pharm D) is Senior Orphan Drug Pharmacist at the University Hospitals Leuven. He is compounding/dispensing pharmacist in First in Men Randomized Clinical Trials. He has been a member of the Belgian Order of Pharmaceutical Sciences and the Flemish Society of Hospital Pharmacists (VZA) since 1975 and the Belgian representative to the European Union of Experts in Rare Diseases with frequent collaboration with Orphanet, the European Society of Clinical Pharmacy, and the American Society of Health Care Pharmacists, among others, since 2000.

Mr. Dooms is founding member of the Belgian National Board on Orphan Drugs within the King Baudouin Foundation and is a graduate-level teacher in dermatological compounding, drug adherence, and orphan drugs, since 2010. He is also teaching pharmaceutical technicians at Leuven Syntra School. He has co-authored a number of publications on orphan drugs.