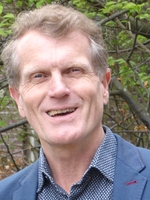 Dr. Paul P.H. Le Brun is currently hospital Pharmacist-clinical pharmacologist.
As head QA/QP responsible for the quality of production and trials medication.
As associate-professor teaching students in production and quality at university of Leiden.

Dr. Paul PH Le Brun obtained his degree in pharmacy from the Groningen University in 1982. He started his career at the Dutch Laboratory of Pharmacists (LNA), department of the Royal Dutch Association of Pharmacists (KNMP) from 1982 until 1985. The LNA supports Dutch local and hospital pharmacists with the preparation of medicines.
From 1985 until1988 he was trained and worked as a hospital pharmacist in the Central Hospital Pharmacy of The Hague.
He joined Merck Sharp&Dohme as production pharmacist from 1989 to 1992. GMP implementation, troubleshooting, training of personnel and product and process validation were his main responsibilities.
From 1992 until 2017 he was director of production of the Central Hospital Pharmacy in The Hague, where he was responsible for all production activities, including management, product development, product and process validation and renovation of premises. This position was combined with clinical tasks in Bronovo and Haga teaching hospital, respectively.
January 2017 he was appointed as head QA and Qualified Person at the department clinical pharmacology and toxicology of the Leiden University Medical Centre where he is also associate professor GMP.
In 2001 he obtained his Ph.D on the improvement and development of antibiotic inhalation for CF patients. The title of his thesis reads: “Optimization of antibiotic inhalation therapy in Cystic Fibrosis. Studies on nebulized tobramycin. Development of colistin dry powder inhaler system”. In 2001 he also received the innovation award of the Royal Dutch Society of Pharmacists for his research. He further specialized as clinical pharmacologist in 2002.
From 2007 until 2012 he was a member of the board of the Dutch Society of Hospital Pharmacists (NVZA) with the area of attention: production, QC and QA policy regarding hospital pharmacy in the Netherlands. To date he is one of the Dutch delegates for the General Assembly of the European Association of Hospital Pharmacists.
In 2009 he was one of the editors of Recepteerkunde, a Dutch standard textbook on pharmacy products and preparations and also of the follow up, the international equivalent 'Practical Pharmaceutics', which came available in 2015. Paul is chief editor of the second edition which will come available in 2022.

Theses:
Supervision of PhD project: Sterility assurance of aseptic handling in hospital pharmacies. Frits Boom. To be finalised in 2022