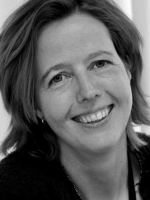 Dr Kirsten Schimmel is currently Head of the GMP production facility at the Leiden University Medical Centre. The facility has GMP licenses for conventional medicines, ATMPs, small molecules and radiopharmaceuticals. She is also associate professor, responsible for the teaching of Production and Analysis within the Master of Pharmacy at the University of Leiden. Since March 2019, she joined the board of the Dutch Association of Hospital Pharmacists.

Dr Kirsten Schimmel studied pharmacy at the University of Utrecht and became a licensed pharmacist in 1999. She followed her internship in the Academic Hospital of Amsterdam and in 2004, she became a licensed hospital pharmacist. In 2007, she obtained a PhD in Medicine at the University of Leiden for her work on the cytostatic drug cyclopentenyl cytosine.