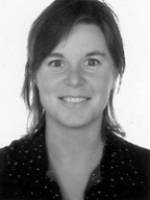 Prof Dr Isabel Spriet studied pharmacy at the University of Ghent, and became a licensed pharmacist in 2002. In 2003, she obtained her Master Degree in Hospital Pharmacy followed by a certificate in Clinical Pharmacy in 2004. In 2011, she obtained a PhD in Pharmaceutical Sciences for her work on clinical pharmacokinetics of antifungals in special patient populations.

Prof Dr Isabel Spriet supervises a research group conducting research on the optimization of antibiotic dosing in special patient populations. Next to this, she also supervises research on the development of check of medication appropriateness as a back-office clinical validation service. Five PhDs were already completed successfully under her supervision, and three PhDs are ongoing.