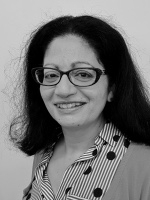 Dr Antonella Tonna is a Senior Lecturer in clinical pharmacy at the School of Pharmacy and Life Sciences at Robert Gordon University.

Dr Antonella Tonna graduated with a BPharm (Hons) from the University of Malta in 1994. She completed an MSc in Clinical Pharmacy at Robert Gordon University and graduated in 2001. She also completed a PhD at Robert Gordon University following thesis submission in July 2011 which explored pharmacist prescribing of antimicrobials in hospitals in Scotland. Dr Tonna was previously a hospital pharmacist in Malta for around 10 years and was instrumental in setting up numerous services mainly the ward based clinical pharmacy service in 2002. She moved to the UK and was involved in primary care research in Edinburgh and then worked as a surgical pharmacist in Oxford. She has been in the current academic post since 2010.

Dr Antonella Tonna is mainly interested in antimicrobials and strategies that may be employed by the pharmacist to help optimise antimicrobial use. She has conducted exploratory research around pharmacist prescribing in secondary care in hospitals in Scotland. Dr Tonna has a special interest in use of qualitative methods as a way of exploring individuals' views and perceptions in areas where there is limited evidence. This also involves an exploration of behaviours underpinned by theories such as the Theoretical Domains Framework. She also has an interest in exploring patient and career involvement in curriculum delivery for undergraduate pharmacy students. She has facilitated workshops at numerous EAHP seminars