Prague is a wonderful city in a small country with rich history and lots to offer. As the capital of the historic region of Bohemia for centuries, Prague is today the capital and largest city of the Czech Republic. 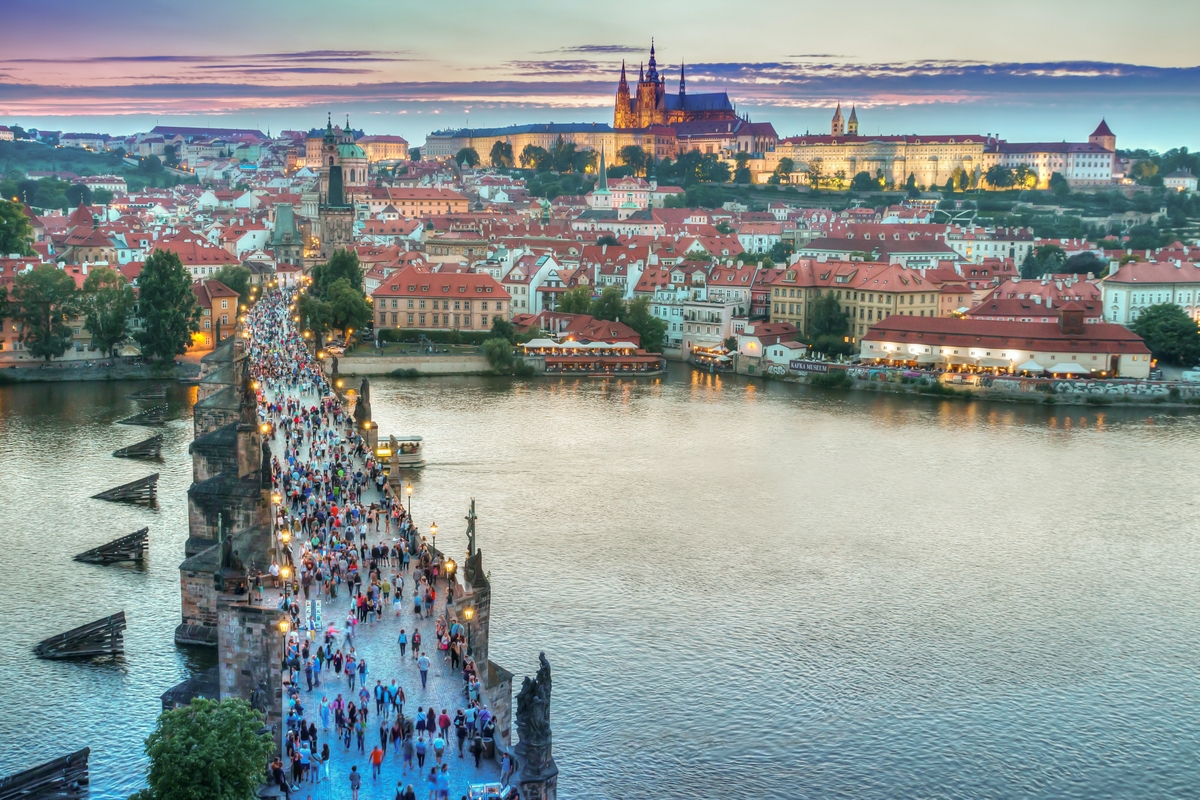 Prague is a cosmopolitan city that is simultaneously romantic, ancient and modern. Nearly untouched by the World War II, its medieval centre remains an astonishing combination of walled courtyards, charming cobblestone streets, cathedrals and countless churches. In 1992, its fascinating historic centre was inscribed on the UNESCO World Heritage List.

Don’t miss the opportunity to visit the Old Town Square (Staroměstské náměstí), which dates back to the 12th century. Over the centuries buildings of Romanesque, Baroque and Gothic styles were built around this central marketplace, each bringing stories of political intrigue and rich merchants with them.

Prague is also a "magical city of bridges" where the Vltava River flows through the city center. Experience the iconic Charles Bridge, a magnificent structure that links the Old Town with the Lesser Town and Prague Castle.

Then discover the Jewish Quarter with its passionate history, located between the Vltava River and  the Old Town Square. A must-see is also the The Prague Castle (prazsky hrad), which was founded in 870 AD and is considered to be the largest medieval castle in Europe.

Prague is also well-known for its vibrant life full of energy, music, cultural events and fine dining. To learn more about the large variety of venues and sightseeing opportunities offered by the City of Prague please visit the Prague Tourist Office’s official website