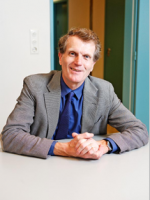 Central Hospital Pharmacy of The Hague

Dr. Le Brun (Pharm D) is head of production of the Central Hospital Pharmacy of The Hague and assistant professor GMP at the Leiden University Hospital, in Leiden, The Netherlands.

Dr. Paul PH Le Brun obtained his degree in pharmacy from the Groningen University in 1982. He started his career at the Dutch Laboratory of Pharmacists (LNA), department of the Royal Dutch Association of Pharmacists. From 1985 to 1988, he trained and worked as a hospital pharmacist in the Central Hospital Pharmacy of The Hague (AHZ). He joined Merck Sharp&Dohme as production pharmacist from 1989 to 1992. In 1992 he was appointed head of production of the Central Hospital Pharmacy of The Hague, where to date he still works. From 2007 until 2012 he was a member of the board of the Dutch Society of Hospital Pharmacists (NVZA). To date he is member of the board of the Dutch affiliate of the International Society of Pharmaceutical Engineering (ISPE-NL). He is also member of the EDQM Reconstitution working party to prepare a guidance document "Reconstitution of medicinal products in healthcare establishments".

In 2001, he obtained his Ph.D on the improvement and development of antibiotic inhalation for CF patients. The title of his thesis reads: "Optimization of antibiotic inhalation therapy in Cystic Fibrosis. He has conducted studies on nebulized tobramycin. He has wokred on the development of colistin dry powder inhaler system". He further specialized as clinical pharmacologist in 2002. Paul is one of the editors of "Practical Pharmaceutics" 2015, a standard textbook on pharmacy products and preparations.