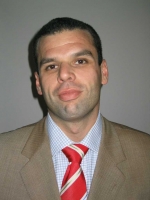 Dr. Vermes (PharmD, PhD) is hospital pharmacist and Head of Pharmacy at 'Apotheek A15' (A15 Pharmacy) and board member of the Dutch Association of Hospital Pharmacists.