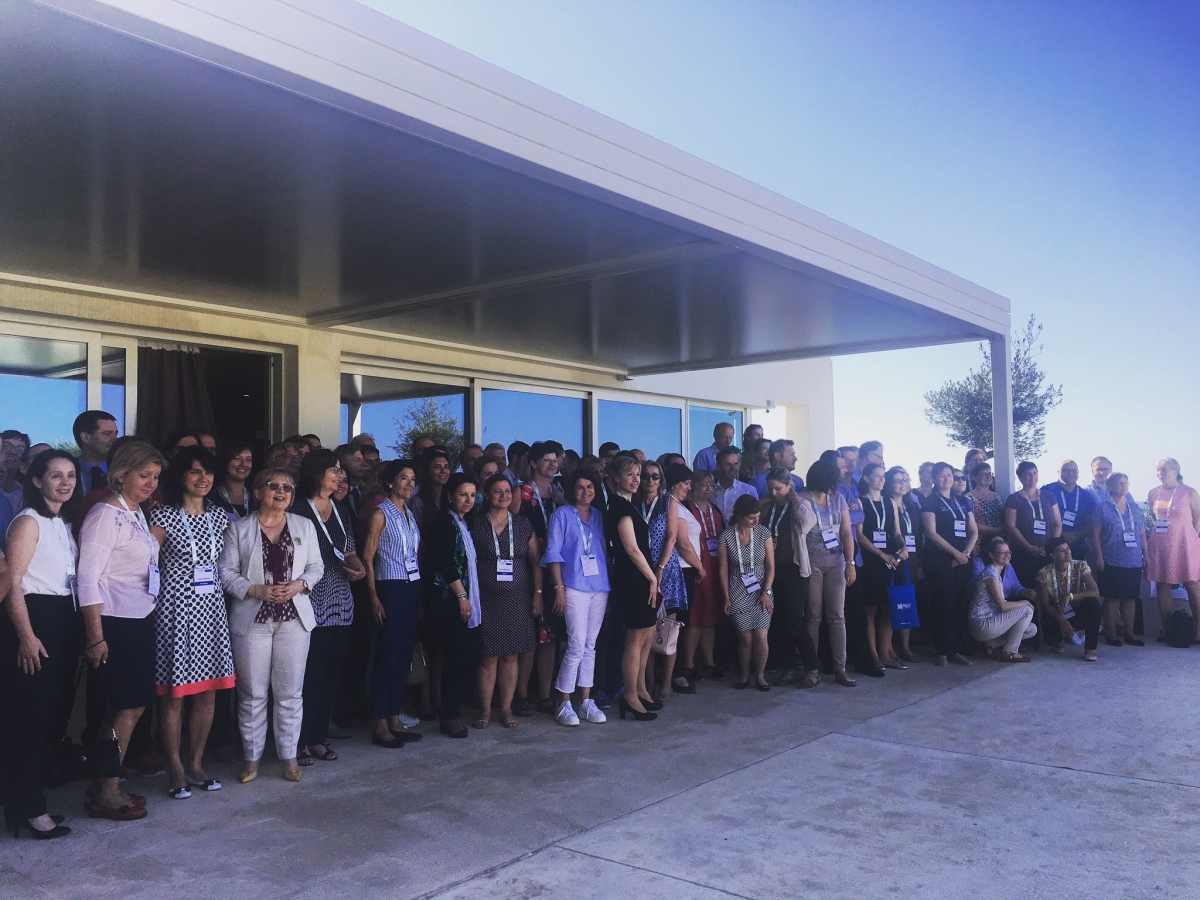 Almost 80 hospital pharmacists from across Europe travelled to St. Paul's Bay in Malta for the annual General Assembly of the European Association of Hospital Pharmacists (EAHP). During the two-day event, delegates from EAHP's member countries discussed relevant issues related to the future development of EAHP and of hospital pharmacy in Europe.

The General Assembly is the decision-making body of EAHP, with each of EAHP's 35 member countries invited to send national delegations. At the General Assembly, delegates received updates on the core activities of EAHP over the past year, shared information on their association's own national activities, approved policy activities and participated in workshops.

Topics on the agenda included updates on future and current projects such as the implementation of the 44 European Statements of Hospital Pharmacy and the development of a Common Training Framework for hospital pharmacy specialisation in Europe as well as elections for key positions within the EAHP Board.

Petr Horák, has been elected as the next President of EAHP, commencing a 3-year term of office from June 2018. He will now serve one year as President-Elect during the final 12 months of Joan Peppard's Presidency of the Association.

Petr is a chief pharmacist at the Hospital Pharmacy of the University Hospital Motol in Prague (Czech Republic) and a part-time lecturer at the Institute for Postgraduate Medical Education in Prague. He served on the EAHP Board as Director of Finance between June 2015 and June 2017 and on the Board of the Czech Association of Hospital Pharmacists as President. He has been active in EAHP since 2010, first as Czech delegate and after as EAHP Board member.

During the General Assembly delegates were also provided with the opportunity to test and review the online Self-Assessment tool that has been developed for the European Statements of Hospital Pharmacy. The Self-Assessment tool will allow hospital pharmacists to assess the level of Statement Implementation within their hospitals and will complement the information EAHP has been collecting through its regular surveys. The tool will be made available in the following months.

The General Assembly also gave policy attention to the implementation of the Falsified Medicines Directive, biosimilar medicines, eHealth/ mHealth, the role of the hospital pharmacist in tackling antimicrobial resistance and developments in respect to combatting medicines shortages.

Speaking after the General Assembly, EAHP President Joan Peppard said: "I wish to thank all those who contributed to and supported the work of EAHP by joining working groups, contributing to our submissions on consultation documents at the European Commission and elsewhere, and who presented the position of Hospital Pharmacists on behalf of EAHP to many and varied audiences over the last year. The decision to not seek re-election next year was a difficult one for me. However, I am unable to commit to be available for EAHP activities for the years 2018-2020. My successor Petr Horák, whom I have worked closely with over the past years, will continue the development of the existing projects of the Association to further strengthen hospital pharmacists' contribution to patient care and patient outcomes."

1. The European Association of Hospital Pharmacists (EAHP) is an association of national organisations across 35 countries representing hospital pharmacists at European and international levels. More information about the EAHP and its history here.

3. Despina Makridaki works as 1st Vice President of the National Organisation for Medicines (E.O.F.) in Athens, Greece. She has served as a Greek delegate to both the EAHP and the European Society of Oncology Pharmacy (ESOP). Despina is also a member of EAHP's Scientific Committee. Nenad Miljković is Head of Hospital Pharmacy Services at the Institute of Orthopaedic Surgery "Banjica" in Belgrade, Serbia. He has been active in EAHP as Serbian delegate and participated in working groups and projects, including in the formation of the European Statements of Hospital Pharmacy. Steffen Amann is Chief Pharmacist at the Munich Municipal Hospital. Over the past two decades he has been active in the German Society of Hospital Pharmacists and served as a delegate to the EAHP since 2008.

4. More information about the European Statements of Hospital Pharmacy is available here.

5. More information about the Common Training Framework is available here.

7. Requests for interviews with Joan Peppard, Petr Horak and national spokespersons for EAHP country member associations can be made by contacting info[at]eahp[dot]eu | 00 322 741 2436