You can subscribe to receive the EAHP EU Monitor by email HERE. 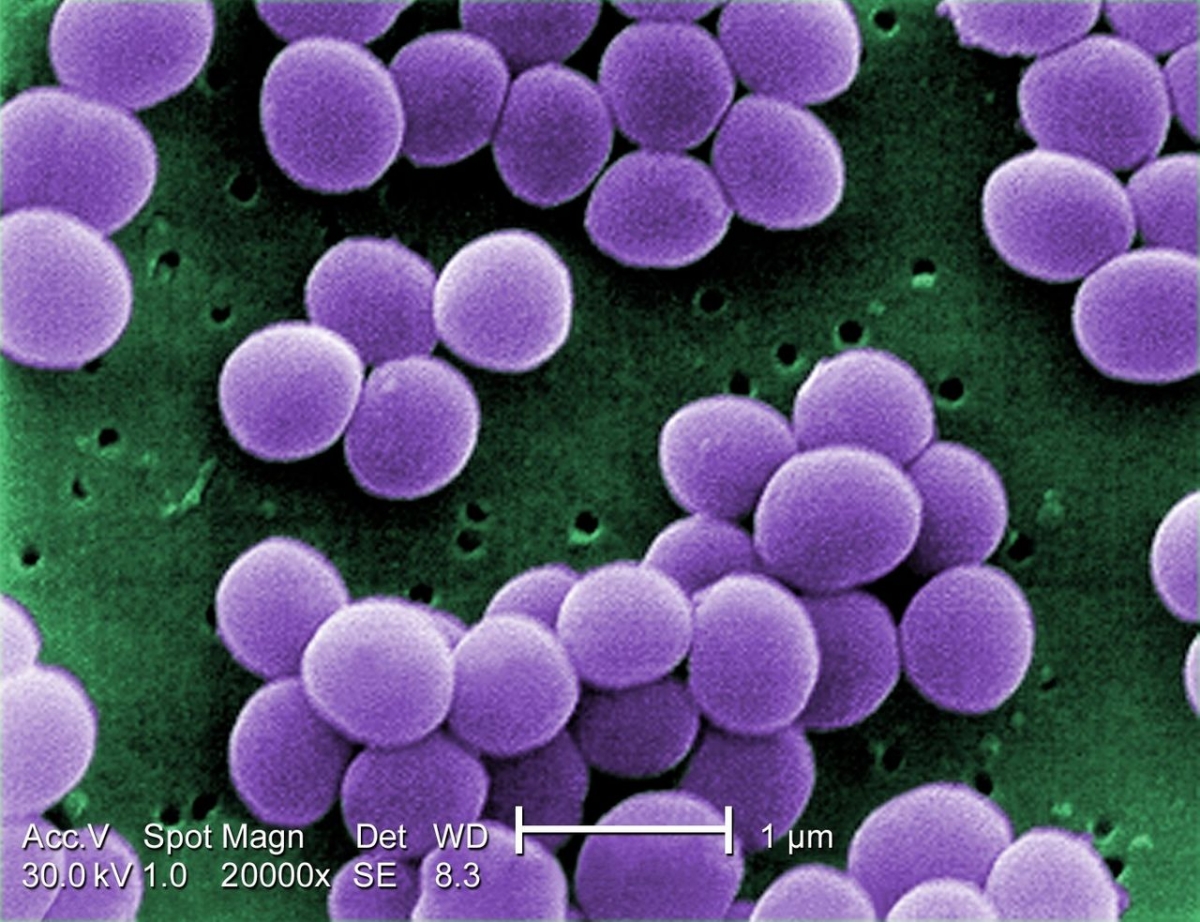 In a number of ways the issues have become more troublesome since the publication of EAHP’s last survey results in 2014. The unavailability of certain antimicrobial agents is particular alarming with 27 out of the 38 participating European countries reporting this area of medicine as the one that is most commonly in shortage. When being asked to name the medicines in which the experience of shortages was most frequent during the past year, 272 respondents from 18 different countries mentioned piperacillin/tazobactam. In comparison to the 2014 Medicines Shortages Report, the shortage problem of antimicrobial agents increased by 20%, with now 77% instead of 57% of respondents reporting issues.

Free text responses by participants indicated that shortages of antibiotics are causing delays of care and therapy in the disease pathway. A hospital pharmacist from Ireland highlighted for instance the problems that medicines shortages cause in relation to the prudent use of antibiotics. The unavailability of a narrow spectrum antibiotic could led to being forced to prescribe a broader spectrum antibiotic which in turn increased the risk of antimicrobial resistance greatly. Other issues highlighted by a Spanish colleague covered the delayed start of antibiotic treatment due to a medicines shortage.

The causes of medicines shortages are multifactorial. They include, but are not limited to problems in production, global consolidation of manufacturing, unintended impacts of pricing and tendering policies, as well as issues within the supply chain. Consequently, medicines shortages cannot be attributed to pharmaceutical companies alone. In particular, the answers to question 7 of the 2018 Medicines Shortages Report indicate that medication shortages are encountered among the various sources of supply (i.e. form wholesalers, originator companies, generic companies and ‘special’ companies) to a similar degree.

As outlined in EAHP’s position paper on antimicrobial resistance the universal access to old antibiotics that are being utilised in new ways needs to be ensured. In particular, studies that gather further information on this should be supported by the European Union. Consequently, EAHP urges governments to make arrangements that essential antibiotics will be maintained on the market with contingency stock level arrangements and alternative production by hospital pharmacists enabled where necessary. 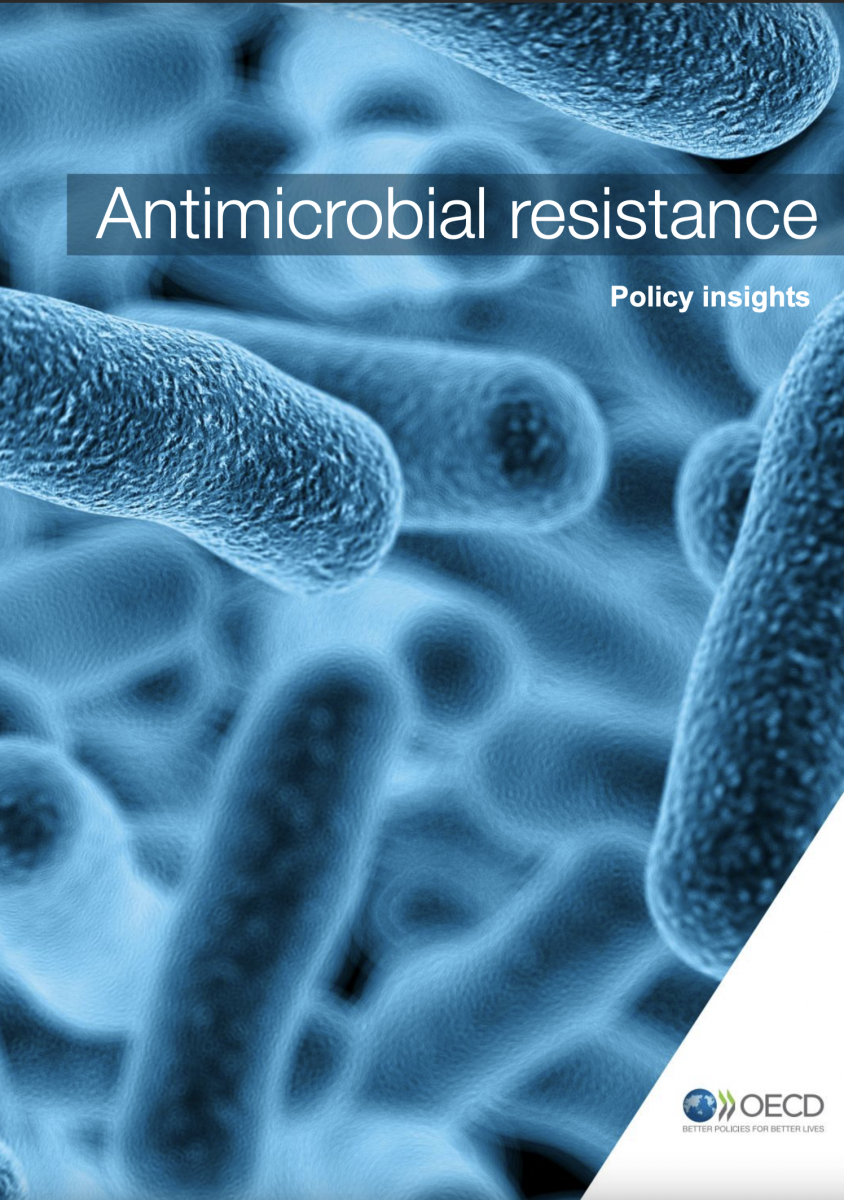 In light of the rising antibiotic resistance rates in Europe, North America and Australia, the Organisation for Economic Co-operation and Development (OECD) is warning about disastrous consequences for public health. Newly released data by the OECD on the economic burden of antibiotic resistance revealed that 2.4 million people could die in in Europe, North America and Australia until 2050 unless further action is taken.

Countries surveyed by this analysis include the EU28, Australia, Canada, Iceland and the United States. Southern Europe, in particular Italy, Greece and Portugal, will be severely affected by the growing resistance, leading to the highest mortality rates from AMR, if the projected trends continue to progress. Also the impact on quality of life was analysed by OECD. Children and elderly, as the most vulnerable groups, will be affected the most. In addition, the report highlighted the impact of superbugs on the overall health budget in the EU28 and OECD countries.

To counter the problem the report lists five affordable policy solutions that could be implemented by governments. These include the improvement of hygiene measures, the implementation of stewardship programmes, the use of rapid diagnostic tests to help detect if an infection is viral or bacterial, delayed prescription and raising public awareness.

ECDC – new study on infection due to bacteria resistant to antibiotics

Ahead of the European Antibiotic Awareness Day (EAAD) 2018, the European Centre for Disease Prevention and Control (ECDC) released a new study analysing the data from the European Antimicrobial Resistance Surveillance Network (EARS-Net) from 2015. The information was used to estimate the burden of five types of infections caused by antibiotic-resistant bacteria in the European Union and in the European Economic Area (EU/EEA).

The results clearly indicate that the estimated burden of infections with antibiotic-resistant bacteria in the EU/EEA is substantial compared to that of other infectious diseases, and increased since 2007. Estimations indicate that around 33000 people die each year as a direct consequence of an infection due to bacteria resistant to antibiotics. Adequate infection prevention and control measures, such as for instance hygiene measures, could help lower the burden of disease due to healthcare- associated infections which currently make up 75%.

In particular, coordinated strategies to prevent and control antibiotic-resistant bacteria are needed. Given the great variation of results in the different EU/EAA countries these measures also need to be tailored to the specific need of each EU countries. Solutions are essential, especially since the study showed that 39% of the burden is caused by infections with bacteria resistant to last-line antibiotics such as carbapenems and colistin. Antibiotics must continue to work, otherwise it is extremely difficult or, in many cases, impossible to treat infections. 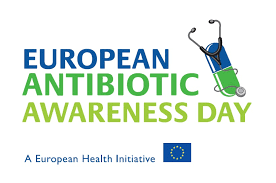 On 18 November, the EAHP and its members will be showing the European community what hospital pharmacists do to keep antibiotics working. In particular, the measures highlighted in EAHP’s position to help maintain the efficiency of antimicrobial drugs and to prevent the further spread of antimicrobial resistance (AMR), will be promoted.

In the hospital sector, a stronger uptake of the multi-professional approach of antibiotic stewardship teams should be required to minimise the spread of antimicrobial resistance. Consequently, EAHP is urging national governments and health system managers to recognize the unique position of multi-professional stewardship teams and the role of hospital pharmacists therein. Moreover, also prevention measures such as vaccination and hygiene should not be forgotten in the hospital sector since they are an adequate tool to combat antimicrobial resistance.

To further address the problem that available antibiotics are losing their effectives, an increased investment to support the development of innovative proposals as well as arrangements for the maintenance of essential antibiotics are vital. Member States should make the necessary arrangements that combat medicines shortages of existing antibiotics and that offer incentives for practice based research projects to investigate new fields of infectious disease control such as immunotherapy and to optimise the cost-effectiveness of systems for surveillance on antibiotic use and resistance. 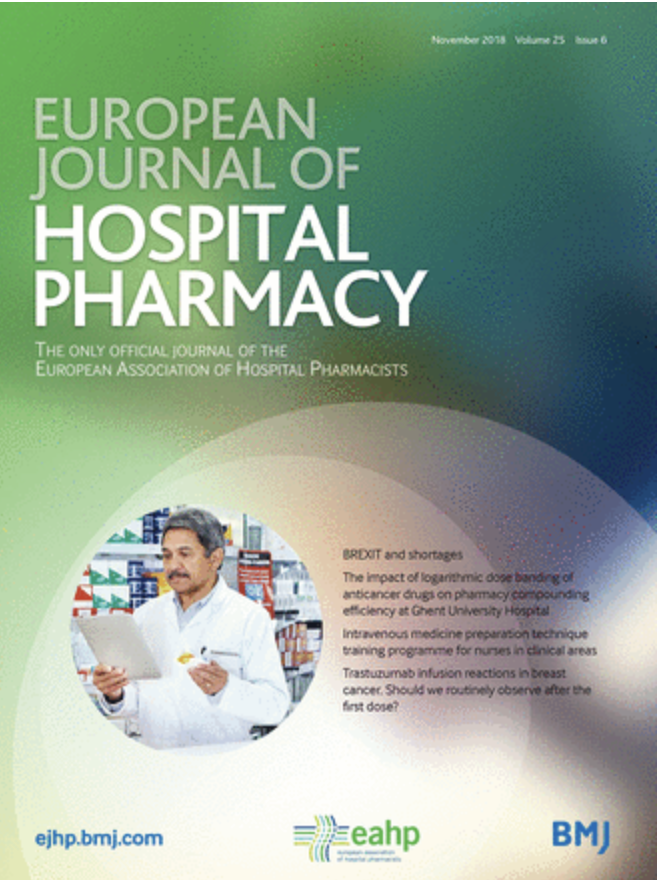 The editorial of the November issue of the European Journal of Hospital Pharmacy (EJHP) explores the topic of medicines shortages in light of the approaching Brexit. Moreover, the issue contains original articles on the applicability of the STOPP/START criteria to older polypathological patients in a long-term care hospital and on a cooperation project between hospital pharmacists and general practitioners about drug interactions in clinical practice. One of the short reports focus on the impact of logarithmic dose banding of anticancer drugs on pharmacy compounding efficiency at Ghent University Hospital.

EAHP’s Statement website contains an evidence map which helps hospital pharmacists to identify case studies, Statement Implementation Collaborative Learning Centres (SILCCs) and Good Practice Initiatives (GPIs). The information contained in the case studies and GIPs or obtained via a SILCC fellowship  could be replicated in one’s own hospital. During World Antibiotic Awareness Week, make sure to check out the GIP focusing on the implementation of guidelines for the activation of effective antibiotics’ stewardship team in Greek hospitals. The evidence map is available via the following LINK.

COST Action CA 15105 on medicines shortages invites you to participate in a qualitative study regarding patients’ perspective about medicine shortages during hospital stay. Hospital pharmacists are encouraged to question interested patients who are willing to share their experience with medicines shortages. Questions in relation to this survey activity can be address by email to Darija Kuruc Poje (darijakuruc21[at]gmail[dot]com).

Healthcare professionals as well as private citizens are encouraged to share their experiences with and perspectives on access to orphan medicines in general, and on the role the EU Orphan Regulation plays in the development of orphan medicines.

The European Directorate for the Quality of Medicines & HealthCare (EDQM) has launched a public consultation on the first two pilot monographs and on two general texts for its European Paediatric Formulary. European pharmacists and paediatricians are invited to share their feedback on the draft monographs on Hydrochlorothiazide oral solution and on Sotalol oral solution.

The present document is a third revision of the existing guideline. The main changes to the existing guideline include incorporation of the new classification / definitions of seizure types and epilepsies, the acceptance of add-on studies in support of a monotherapy claim on a case-by-case basis, the inclusion of new sections on neonates and status epilepticus and other changes related to paediatric developments. The scope of this document is restricted to treatment of seizures in epileptic disorder although there are some remarks concerning non-seizure features of epilepsy syndromes.