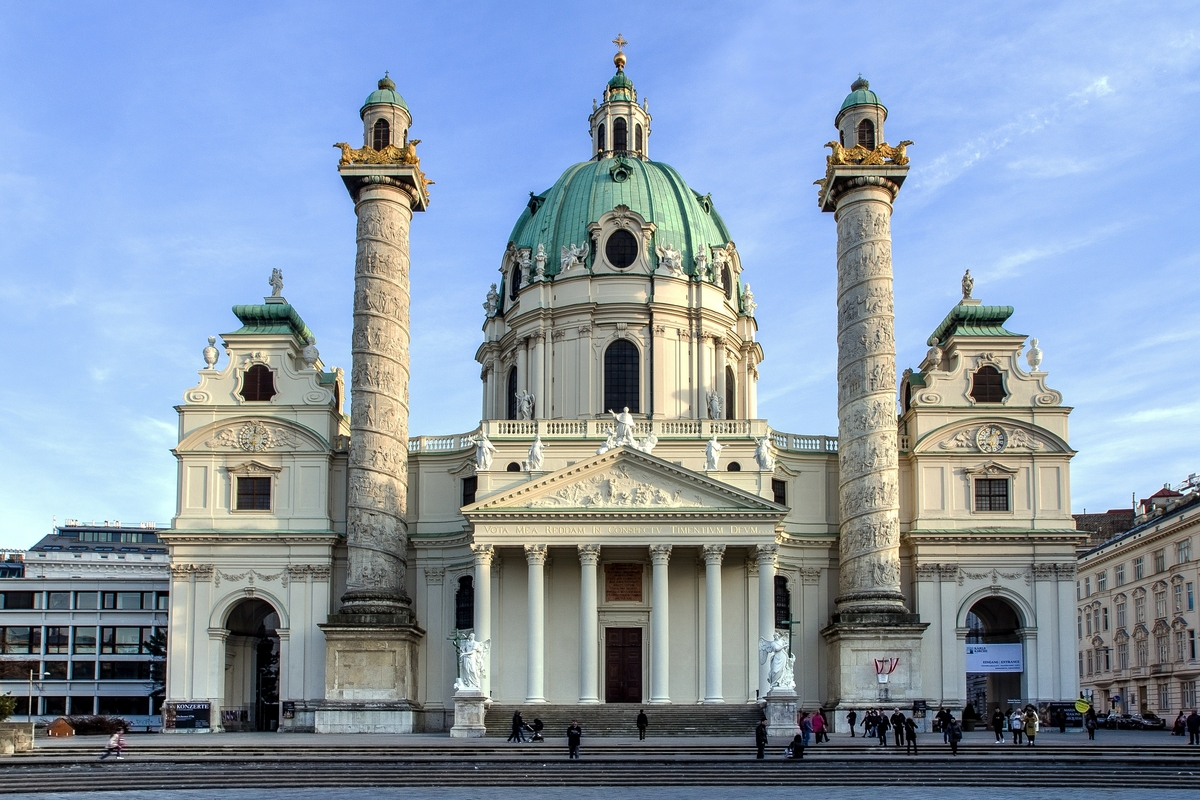 Located in the northeast of Austria, Vienna is famous for its cultural events, imperial sights, coffee houses and cosy wine taverns.

Few of the world's cities mix the past and present as effortlessly and beautifully as Vienna. The historical facade of the city is characterized by magnificent squares, grand imperial palaces and incredible baroque interiors, but at its heart, the city is one of the continent's most dynamic urban spaces. Vienna buzzes day and night with a vibrant energy, and most visitors quickly fall in love with the Austrian capital.

So much of Vienna is just simply gorgeous to look at, and one of the most beautiful buildings in the city is the Belvedere. The ornate Baroque building is a sublime masterpiece itself, and the interior art museum is equally impressive. Constructed in the early 18th century, walking through the dramatic halls, gardens and galleries is like stepping back in time to a more elegant era.

The skyline of Vienna is dominated by the neo-Gothic towers of the Rathaus, the old city hall that houses seven lush inner courtyards and an interior marked by dazzling frescos, shining chandeliers, plush red carpets and gigantic mirrors. A guided tour is required to explore the inner rooms, but the courtyards often host free concerts.

One of the greatest symbols of Austria's heritage and culture is the Hofburg Palace, former home of the royal Habsburg family and other rulers. The oldest section of the palace dates back to the 13th-century, but nearly every inhabitant added new wings to the building, making it a fascinating example of the history of Austrian architecture. Today, the palace is home to the Austrian president and a number of small but appealing museums.

Vienna's other palace, the Schoenbrunn, is a UNESCO World Heritage Site and the city's most popular tourist attraction. The grand estate includes nearly 1,500 rooms and a 435-acre garden, so plan on spending the whole day exploring the palace and grounds. Guided tours take visitors through the elegantly designed Rococo rooms, but the expansive gardens are free to wander.

Other notable places to visit in Vienna include the State Opera House, the Gothic Romanesque St. Stephen's Cathedral, the University of Vienna's Botanical Garden, the Church of St. Charles, the bustling Naschmarkt and the Freihaus, where Mozart's “Magic Flute” was first performed in 1791. The capital has more ties to classical music than nearly any other in the world, and visitors can also explore sites linked to Beethoven, Brahms, Strauss, Schubert and Haydn.